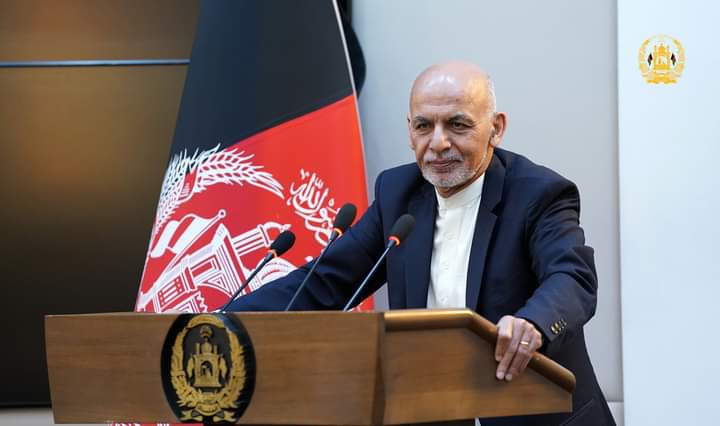 Afghan President Ashraf Ghani warned on Sunday that those who do not stand by the republic should no longer be in the government.

Ghani said that one side is the republic and the other is the Taliban. He said that those who do not stand by the republic shall no longer have place in the government.

Referring to US decision to fully withdraw its troops from Afghanistan, Ghani said that it has created opportunity for all. He said that the government is already prepared for post-withdrawal situation..

Ghani said that time has come for Afghanistan to fully exercise national sovereignty and prove its impartiality.

He also called on Pakistan to review its policy towards Afghanistan. The president said that Pakistan would be insecure if Afghanistan is insecure.