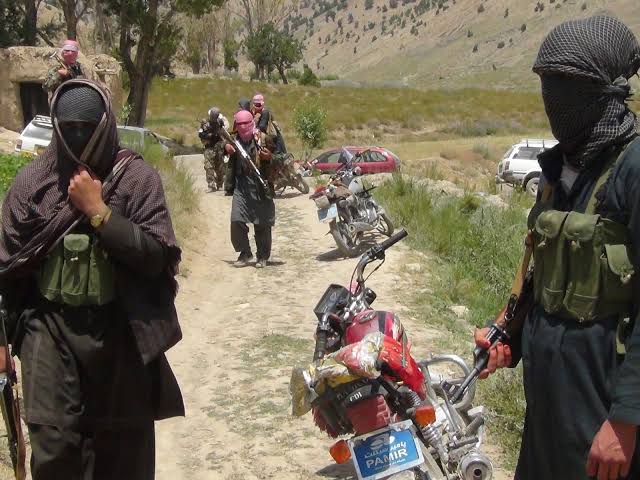 Taliban attacks against Afghan government forces increased during the first three months of 2021, according to a new report by the US Defense Department’s Office of Inspector General.

Citing US forces in Afghanistan, the report said that Taliban attacks increased by nearly 37 percent in the first quarter of this year as compared to the same period in 2020, a historic increase since US-Taliban deal in February last year.

According to the report, Taliban very likely prepared for large-scale offensives against provincial centers, complex attacks against the Afghan National Defense and Security Forces’ (ANDSF) installations, and degrading ANDSF capabilities.

Data compiled by Resolute Support headquarters suggests that “enemy-initiated attacks peaked in the fourth quarter of FY 2020 at 12,838, of which 4,367 were deemed “effective” (resulting in casualties).”

“USFOR-A reported that enemy-initiated attacks in the first and second quarters of FY 2021 remained above historical averages, with 11,551 reported this quarter (3,677 effective) and 10,431 last quarter (3,460 effective).”

The report also said that al-Qaeda continued to rely on the Taliban for protection.

Based on the report, while the Taliban increased its attacks this quarter, the ANDSF also conducted offensive operations, however, these attacks “did not accomplish anything of strategic value.”

Speaking before US House Foreign Affairs Committee, US peace envoy Zalmay Khalilzad said he disagreed with some forecasts that Afghan government forces would unravel once U.S. troops leave in September.

“I personally believe the predictions that the Afghan forces will collapse right away, they’re not right,” he said.

The US will continue to provide financial support to the Afghan security forces, he said. “We are helping them now. We will help them. This is our commitment.”

“The real choice that the Afghans will face is between a long war and a negotiated settlement. And I hope the Taliban and the other Afghan leaders make the right choice. I hope that those with influence over the Taliban, such as Pakistan, do the right thing,” he said.

Asked whether the Taliban were living up to their counterterrorism promises, Khalilzad said: “They have made substantial progress in delivering on those commitments. But we would like to see more.”