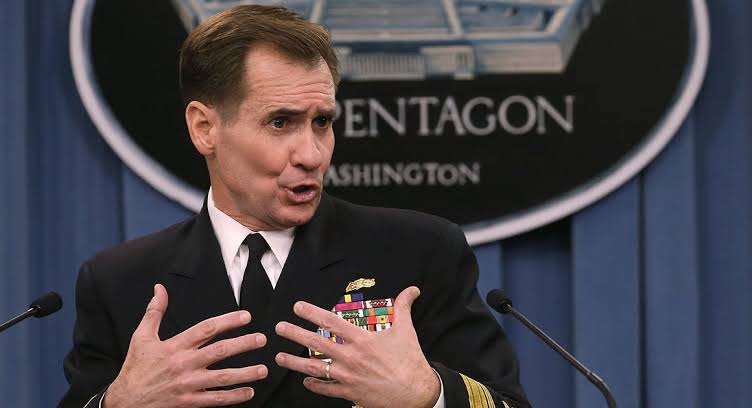 The United States continues to have conversations with Pakistani leadership about the safe havens that exist along that border between Afghanistan and Pakistan, Pentagon said on Tuesday.

“We are mindful that those safe havens are only providing a source of more insecurity and more instability inside Afghanistan. We are not bashful about having that discussion with Pakistani leaders,” Pentagon spokesperson John Kirby said.

“We are also mindful that Pakistan and the Pakistani people also fall victim to terrorist activities that emanate from that region. So, we all have a shared sense of the importance of closing down those safe havens and not allowing them to be used by the Taliban or other terrorist networks to sew discord,” Kirby said.

Pakistan has long been accused of supporting the Taliban and providing safe havens for the group. Islamabad, however, denies the charges. The hashtag #SanctionPakistan is trending on Twitter.

Meanwhile, Kirby said that the security situation in Afghanistan was “not going in the right direction.”

Kirby said that he was deeply concerned about the trend, but that Afghan security forces had the capability to fight the insurgent group.

“These are their military forces, these are their provincial capitals, their people to defend and it’s really going to come down to the leadership that they’re willing to exude here at this particular moment,” Kirby said.