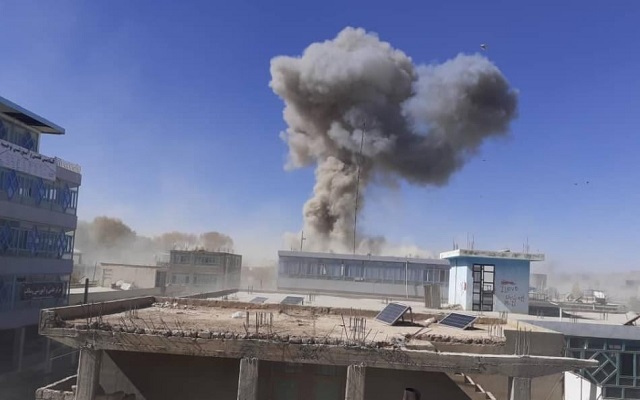 105 others were wounded in the blast which was triggered by a car bomb, said Wahidullah Nizami, the provincial police chief.

He said that those injured include 70 civilians and 35 security forces.

The Interior Ministry confirmed death of 12 civilians and wounding of 100 others in the attack.

It comes as the Afghan government and the Taliban are holding peace talks in Qatari capital Doha.

(This is a developing story.)