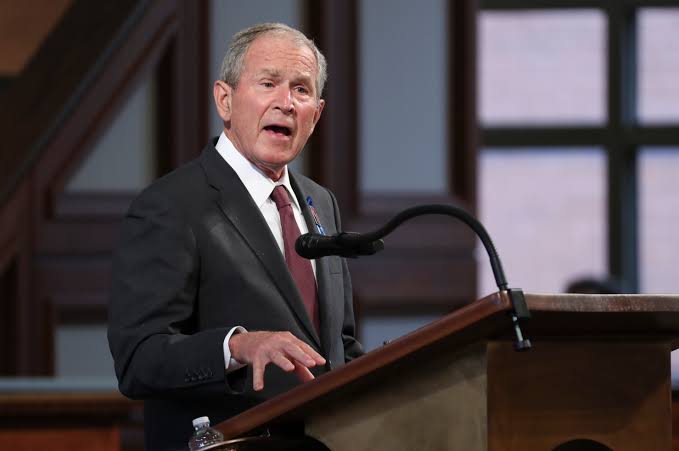 Former Republican US President George W. Bush has said that US and NATO troop pullout from Afghanistan is a “mistake.”

The US-led war in Afghanistan had began in 2001 during Bush’s presidency.

Bush said that he was also concerned for translators and other people who worked with foreign troops in Afghanistan. “They’re just going to be left behind to be slaughtered by these very brutal people, and it breaks my heart.”

The comments come as Taliban have made rapid gains after remaining foreign troops began withdrawing from Afghanistan in May.

US President Biden has said that the military mission in Afghanistan will end on August 31. According to Biden, US forces have achieved their objectives in the country.

Bush said that he believed German Chancellor Angela Merkel “feels the same way” about the withdrawal as he himself does.