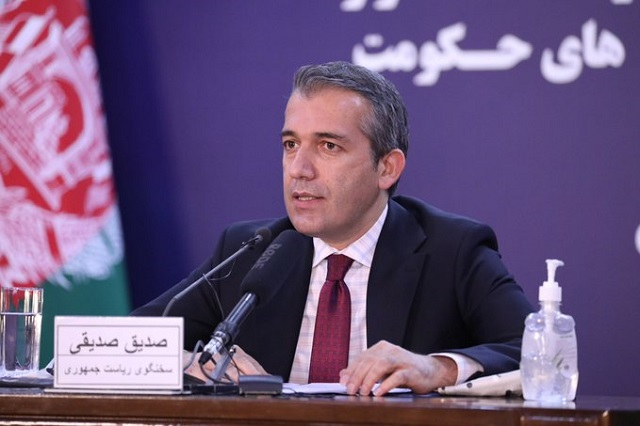 There has been no significant progress in peace negotiations in Doha, Afghan president’s spokesman said on Wednesday.

Recently, there have been reports that the negotiation teams resolved their dispute over rules and procedures.

US Under Secretary for Political Affairs David Hale said on Tuesday that “significant progress” had been made in intra-Afghan negotiations as the sides reached a tentative agreement on rules and procedures that should allow the negotiators to move ahead to start setting an agenda.

However, Sediq Sediqi, Afghan president’s spokesman, told a press conference that there has been no significant progress.

“Deadlock in peace talks has not been broken yet, Taliban are insisting on things which are outside the principles and limits of our negotiation team, the Afghan people will never accept them,” Sediqi said.

One of the key issues that has led to a stalemate in the talks has been Taliban’s insistence to set their February deal with the United States as the basis of the negotiations.

“Our team will negotiate in the framework of the principles of the Constitution and Loya Jirga decision, Taliban should become wise and embrace the opportunity for peace,” Sediqi said.