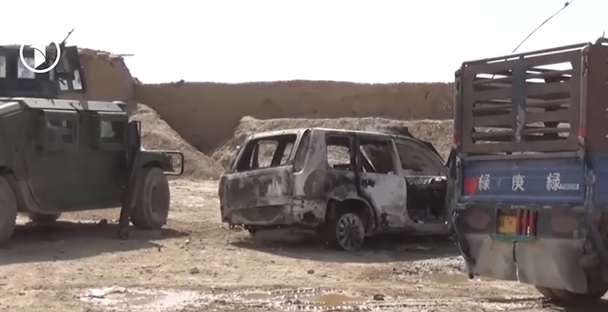 Aftermath of blast in Kandahar

Twenty-five others were wounded in the blast which targeted highway security unit in Maiwand district.

Two women, one man and one child were among those killed.

Those injured included 11 civilians and 13 police.