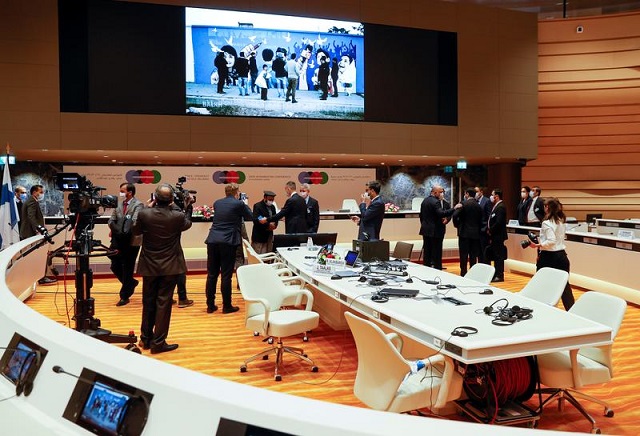 The outcome of the international donor conference on Afghanistan will be discouraging for all those concerned about the high levels of needs across the country, regional director of Norwegian Refugee Council has said.

Donors pledged $3.3 billion annually for the next four years, a 13.2 percent reduction on the amount pledged four years ago.

“Against a backdrop of escalating violence and skyrocketing humanitarian needs, the international community has taken a step back and away from meaningfully assisting the country at the worst imaginable time,” Adam Combs, Asia, Europe and Latin America Regional Director of NRC said in a statement.

At the conference, many donors also put strict conditions on future funding and some officially committed for just the next year.

Reuters citing diplomats said keeping financing for Afghanistan on a tight leash could provide foreign governments with some leverage to inject a greater sense of urgency into a halting peace process.

The United States pledged $300 million in civilian aid to Afghanistan next year and would make available another $300 million based on progress in peace talks.

US Under Secretary for Political Affairs David Hale said the sides in peace talks have made “significant progress” in negotiations, a tentative agreement on rules and procedures that should allow the negotiators to move ahead to start setting an agenda.

Afghanistan’s Foreign Minister Mohammad Haneef Atmar said the “legal basis” for talks was one issue that still had not been resolved, though he expected progress soon.

EU, which pledged 1.2 billion euros over the four years, also emphasized that the aid was conditional.

“Any attempt to restore an Islamic emirate would have an impact on our political and financial engagement,” he added.