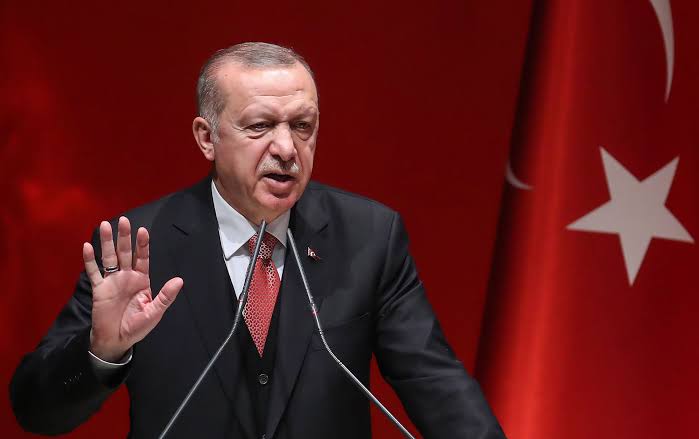 Turkish President Tayyip Erdogan said on Monday that the Taliban should “end the occupation of their brothers’ soil,” suggesting the Taliban’s approach was wrong.

“(The Taliban) need to end the occupation of their brothers’ soil and show the world that peace is prevailing in Afghanistan right away,” Erdogan told reporters as quoted Reuters.

He said the Taliban’s approach was not the way that Muslims should deal with each other.

The comments come as Turkey has offered to run and secure Kabul airport after US and NATO troops withdraw from Afghanistan.

Last week, the Taliban warned Turkey against plans to keep some troops in Afghanistan to run the airport, and warned of consequences.

“In the statement made by the Taliban there is no phrase ‘We don’t want Turkey’,” Erdogan said when asked about the comments.

Meanwhile, AFP reported on Monday that Turkey has offered talks with Taliban over Kabul airport.