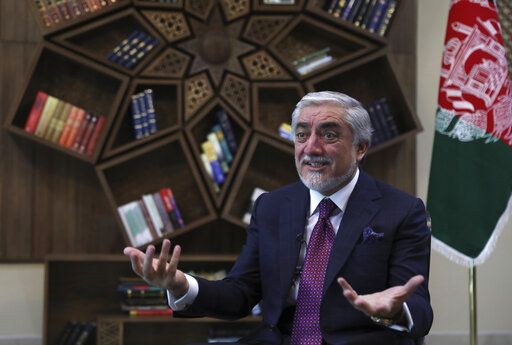 The withdrawal of foreign troops from Afghanistan will present “huge challenges” for the country, Abdullah Abdullah, head of High Council for National Reconciliation, said on Saturday.

“I wouldn’t call it the end of of the world for our people. I would say that it will be very challenging and that’s why I am of the opinion that the whole focus has to be on achieving peace, that does not only take us, it takes the other side,” Abdullah saod in an interview with the Associated Press.

He said that the Afghan political leadership must unify in its peace talks with the Taliban or risk the withdrawal of US and NATO troops bringing more bitter fighting.

Abdullah warned that history and millions of Afghans — already frustrated by what they see as government ineptitude and runaway corruption — will judge them harshly if unity eludes the powerful leaders now in Kabul.

Still, Abdullah said he is unconvinced the Taliban want peace. He said the National Reconciliation Council, of which he is the chairman, has put out countless calls for the Taliban to put all their demands on the table.

Abdullah said that messages go back and forth between a variety of Taliban to senior negotiators, including himself. He noted that he has received countless messages from Taliban officials, some written, some as voice messages. Sometimes they are detailed, and other times terse and brief. But he said he has yet to see a commitment to peace from the insurgent group on which he can rely.

Abdullah said his response to the Taliban has been consistent: “Put everything that you want on the negotiating table. We are ready to discuss it. We are ready to find ways that it works for both sides.”

He said that an “inclusive, peaceful settlement, this is what everybody believes in. … God forbid if we don’t have peace then, of course, nobody has forgotten the recent history of the country. So everything has to be done in order to mitigate the serious consequences of the withdrawal.”

The final phase of withdrawal of foreign troops from Afghanistan began on Saturday and is scheduled to be completed by September 11.