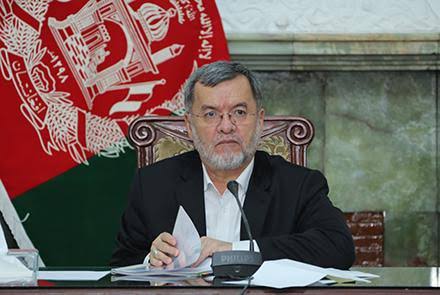 In a post published by his office on Facebook, Danish said that the draft proposal has insulted Ghani’s plan for not including its details, despite the plan being considered as plan A.

He said that the draft proposal is approval of Khalilzad’s proposal with only some changes.

Danish said that the draft proposal has highlighted discord in republic front.

“Why are some of us in so much hurry to give Taliban any kind of concessions and weaken a ruling and legitimate government and portray the republic front divided and reveal all options together and at once?” Danish asked.

Danish criticized also parliamentary system in the draft proposal, saying it would be power-sharing between two ethnic groups with one taking the presidency and the other prime minister post.

He said that the parliamentary system is vision of one political party, not all.

Yonus Qanooni, who headed the reconciliation council’s committee on drafting the proposal, however, said that the proposal is that of all political parties, not one.