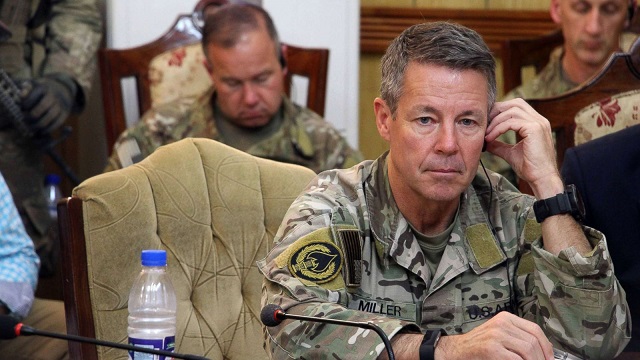 The level of Taliban violence is not consistent with their deal with the United States, top US commander in Afghanistan said on Monday.

“The Taliban need to immediately stop their offensive actions in Helmand Province and reduce their violence around the country,” General Scott Miller said. “It is not consistent with the US-Taliban agreement and undermines the ongoing Afghan Peace Talks.”

Violence is raging in Afghanistan even as peace talks are ongoing between the government and the Taliban in Qatari capital Doha.

Taliban fighters have launched a major assault in Helmand capital Lashkargah, as a result of which hundreds of families have been displaced.

US military said that it carried out several targeted strikes in Helmand over the past two days in defense of Afghan forces under attack by Taliban fighters, consistent with the Doha deal.