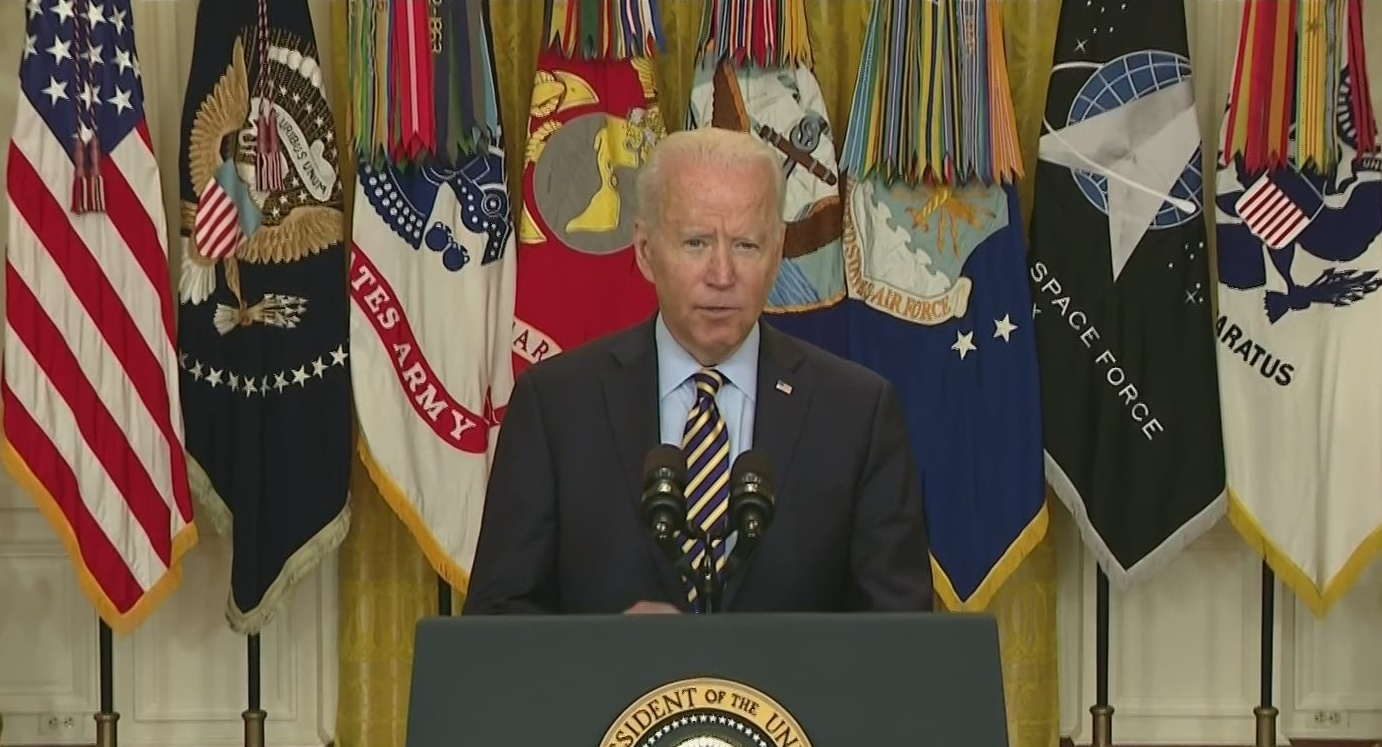 US President Joe Biden said on Thursday it was “highly unlikely” that one unified government will control whole Afghanistan after troop withdrawal from the country, as he called for a deal with the Taliban.

Biden defended his decision to end US military mission, which would happen on August 31, saying objectives were achieved.

“The United States did what we went to do in Afghanistan: Get the terrorists who attacked us on 9/11 and get Osama bin Laden,” Biden said.

“We did not go to Afghanistan to nation-build. It is the right and the responsibility of Afghan people alone to decide their future and how they want to run their country.”

Biden said: “After 20 years, a trillion dollars spent training and equipping hundreds of thousands of Afghan national security and defense forces, 2,448 Americans killed, 20,722 more wounded…I will not send another generation of Americans to war in Afghanistan”

Asked if Taliban takeover of Afghanistan was inevitable, Biden said it is not.

“I trust the capacity of the Afghan military, who is better trained, better equipped and more competent in terms of conducting war,” Biden said.

He, however, said: “The likelihood there’s going to be one unified government in Afghanistan controlling the whole country is highly unlikely.”

According to Biden, the only way there’s going to be peace and security in Afghanistan is “if they work out a modus vivendi with the Taliban.”