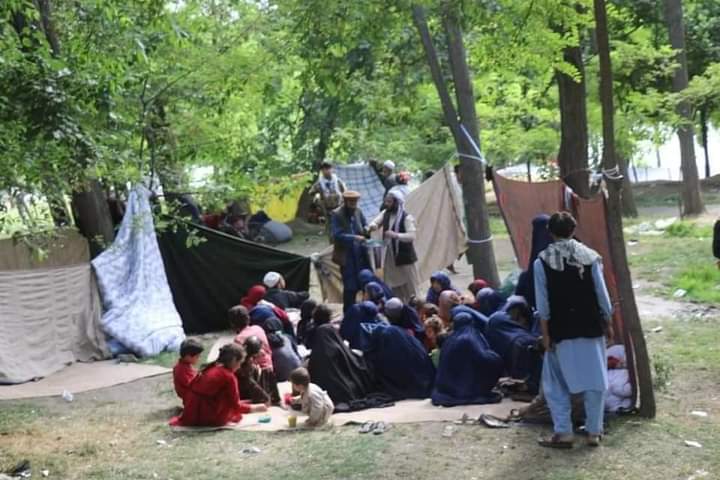 Since May 2021, the Taliban have captured 150 districts in northern provinces, HRW said on Thursday.

Residents of Bagh-e Sherkat in Kunduz province said that last month Taliban militants ordered residents to evacuate and threatened those they said had provided past support to the Afghan government.

“The Taliban’s retaliatory attacks against civilians deemed to have supported the government are an ominous warning about the risk of future atrocities,” said Patricia Gossman, associate Asia director at Human Rights Watch. “The Taliban leadership has the power to stop these abuses by their forces but haven’t shown that they are willing to do so.”

Taliban militants entered Bagh-e Sherkat and, with loudspeakers, ordered residents to vacate their homes in two hours. About 400 families fled the town, some going to Taliqan, 70 kilometers east, and about 200 fled to Faizabad, Badakhshan province, 230 kilometers east, HRW said.

The Taliban claimed that they had ordered people to leave “for their own safety,” and denied responsibility for looting or burning houses.

Taliban commanders who knew or should have known about abuses by forces under their control and took no action to prevent or stop them are culpable as a matter of command responsibility, Human Rights Watch said.

“Cycles of revenge have fueled atrocity killings in the past, particularly in northern Afghanistan,” Gossman said. “The Taliban should cease all attacks on civilians, and the United Nations and governments pushing for a resumption of peace negotiations should press them to do so.”

Azerbaijan to open embassy in Afghanistan