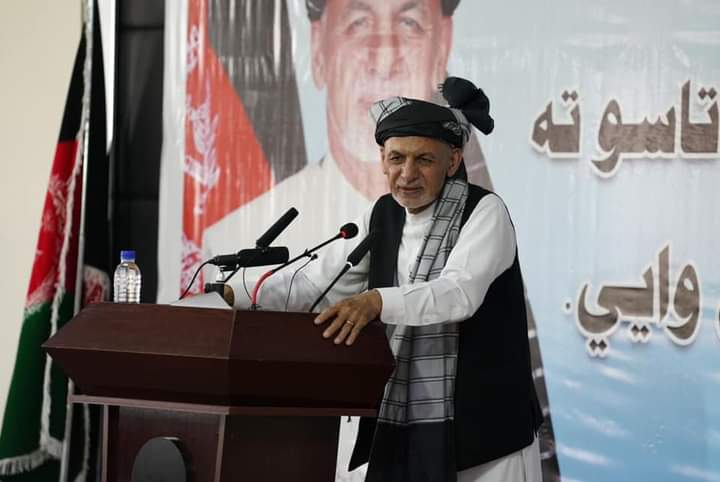 The Taliban should promise that they will not accept the Durand Line as Afghanistan’s border with Pakistan, if they love their country.

Addressing a gathering in Khost province, Ghani said that the Taliban should also promise that they will not serve outsiders.

Ghani said that he was not in favor of US troops staying in Afghanistan as he had asked for their withdrawal years ago.

The president, however, criticized the Taliban for refusing to negotiate despite US troops leaving the country.

He suggested that the Taliban are refusing to negotiate, citing terms of their deal with the United States. “Is the US deal more important than Sharia?” he asked.

“Aren’t you at the gate of hell? Who will benefit from 200-600 Afghans dying everyday,” Ghani said.

The president called for unity in defending the republic and democracy.

He said that gains made by women will not be reversed as the rights they enjoy today are rights given by Sharia.