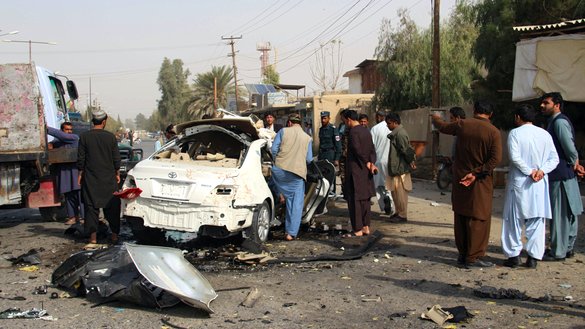 Afghanistan’s international allies in a statement said on Monday that the recent targeted attacks on representatives of the media, religious leaders, and groups, human rights defenders, students, civil society and civilians in the country are attacks against the peace process.

The statement was issued by the EU Delegation, diplomatic missions of the EU Member States Czech Republic, Denmark, Finland, France, Germany, Italy, the Netherlands and Sweden, Australia, Canada, the NATO Mission to Afghanistan, Norway, the United Kingdom and the US Mission.

They said that the Taliban and various terrorist organizations are responsible for the significant majority of civilian casualties in Afghanistan.

“We consider these not only as savage attacks against Afghan blood, but as an attack on the very peace process in Afghanistan,” the statement said.

“Recognizing the bravery of Afghanistan’s people, we are confident that these attacks will fail in their intent to silence the diversity of opinions. It has never mattered more for the people of Afghanistan to feel able to express themselves freely and provide their opinions on the peace talks, as well as engage in the process, to achieve an inclusive and sustainable peace,” the statement said.

“Upholding the free flow of information and holding the perpetrators accountable will benefit everyone who wishes to live in a peaceful and democratic Afghanistan.”

The statement called for parties to the conflict to protect the freedom and the independence of the media and civil society in Afghanistan, which is “indispensable to a vibrant, functioning, and economically viable democracy.”

“We support the Islamic Republic of Afghanistan in its efforts to investigate and prosecute those who are targeting these individuals with violence and immediately end the impunity of these killings,” the statement said.