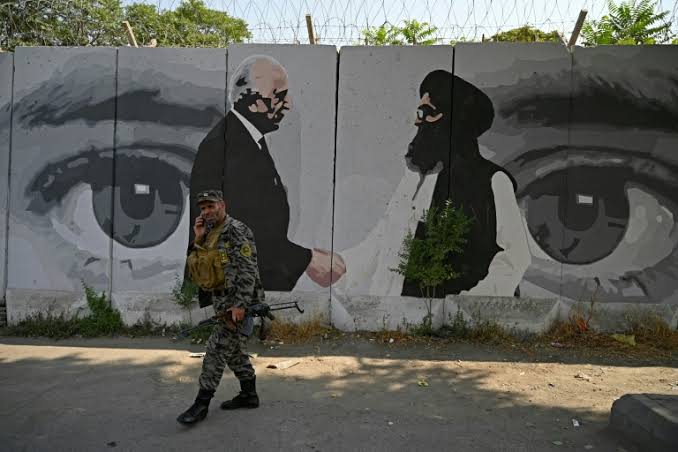 The United States, the European Union, and NATO on Friday called on the Taliban to end their offensive and highlighted five elements required to support a political settlement in Afghanistan.

The statement comes as Special Representatives and Special Envoys of the US, the EU, France, Germany, Italy, NATO, Norway, and the UK met in Rome on July 22 to discuss the situation in Afghanistan and the developments in peace negotiations after the fresh round of talks in Doha.

They agreed on the urgency of a political settlement, and highlighted any five elements requiredb for any settlement they support, including inclusive governance, people elect political leaders, protection of human rights for all, men and women, counterterrorism commitments and adherence to international law.

“The people of Afghanistan have suffered for too long from conflict. We are deeply concerned about the high levels of violence, the Taliban’s military offensive, and the number of reported serious human rights abuses and violations alleged in communities most affected by the ongoing armed conflict across the country,” the statement said.

It also called on all parties to reduce violence and protect civilians, respecting their obligations under international humanitarian law. “We reiterate the urgency of reaching a ceasefire to ensure the success of negotiations, and we acknowledge the sacrifices of the Afghan security forces.”

“We also call upon all parties to ensure the safety of foreign embassies and other diplomatic missions, multilateral agencies, media representatives, airports and non-governmental organizations and their Afghan and international staff. We particularly appreciate Turkey’s readiness and commitment to assist with airport security as needed,” the communique said.

Taliban must live up to commitments: NATO chief

Ten foreigners got Afghan citizenship in past six months