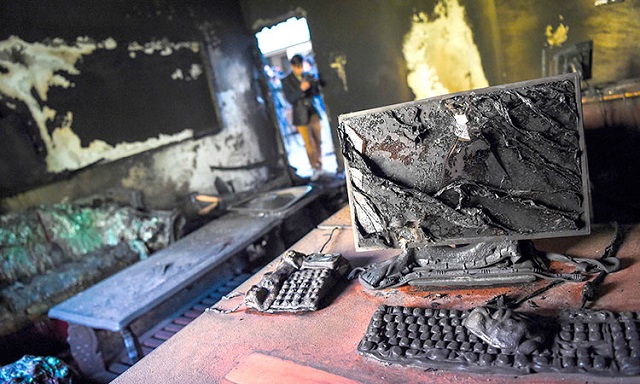 Afghanistan remains as the country most affected by terrorism, according to a recent global terrorism index.

The report produced by the Institute for Economics and Peace (IEP) shows that in 2019, Afghanistan accounted for 41 percent of deaths from terrorism globally, with the Taliban being responsible for 87 percent of these fatalities.

The report also said that the number of deaths caused by terrorism in Afghanistan fell by 22 percent to 5,725 during 2019.

It is the second highest number of deaths recorded from terrorism in Afghanistan since the 2001 US-led invasion.

Terrorism deaths happened in all of Afghanistan’s 34 provinces except Panjshir, according to the report.

Kunduz province saw the most deaths from terrorism in 2019, with 500 death, a 77 percent increase from the preceding year.

The report also noted that while the Taliban remains the most active terrorism group in Afghanistan, deaths attributed to the group fell by 18 percent in 2019 as US-led operations intensified. The Taliban also remained the world’s deadliest terrorist group, according to the report.

The Islamic State militant group’s regional branch was the second deadliest terrorist group in Afghanistan. It was responsible for six percent of terror-related deaths in 2019, a five percent decrease from the previous year.

The Global Terrorism Index ranks 163 countries according to the impact of terrorism, based on factors such as the number of attacks, fatalities, injuries and the extent of property damage.