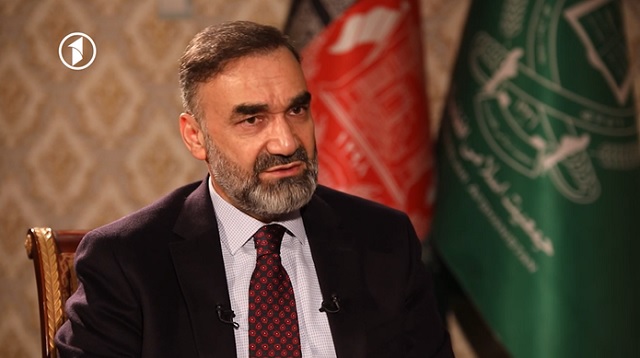 Speaking in an interview with 1TV, Noor, a former governor Balkh province, said that that the vice presidents and others make irritant and violent comments.

He said that frequent blasts in Kabul are linked to irritation that is caused by high-level officials in the presidency.

Noor also said that a small circle is working to stoke ethnic tensions and butcher people in collusion with judicial institutions.

He said that the negotiation teams in Doha have failed to reach an agreement because the Taliban are overconfident and have a false belief that they are victorious after signing of a deal with the United States.

He said that the Taliban think that foreign troops will leave and they don’t need concessions from the other side of the ongoing negotiations.

Intra-Afghan peace negotiations started on 12 September, but the sides have yet to agree on rules and procedures.