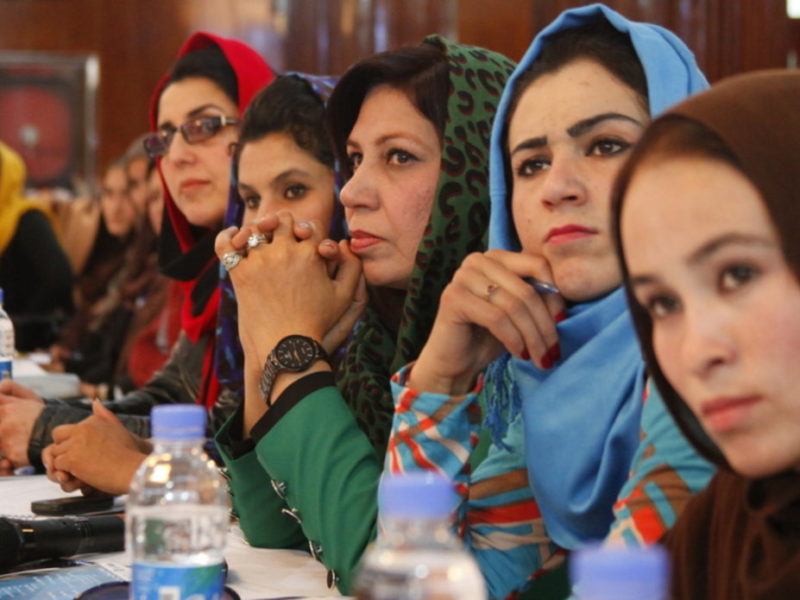 Amnesty International in a statement on Monday expressed concern that Afghan women’s rights were on the verge of roll back amid withdrawal of international forces and as peace talks remain in stalemate.

The statement said that the composition of the delegations of both the Taliban, with zero women representation, and the government of Afghanistan, with limited women participation, at the Doha peace talks, raise concerns about the commitment to respect, protect and fulfill women’ rights.

It said that the lack of women’s participation in the
peace negotiations will have a negative impact on the shape of the agreements that will be reached, and a detrimental impact on women’s rights in a country with a history of denying human rights to women.

“Afghanistan is at a tipping point. As peace talks falter, the conflict continues to take the lives of civilians on an almost daily basis. Taken alongside the forthcoming withdrawal of international troops, Afghanistan is drifting towards an outcome that threatens to undo more than twenty years of progress for women and girls,” said Yamini Mishra, Amnesty International’s Asia-Pacific Director.

“Now is the time for the Afghan government and its international partners to unequivocally commit and work to ensure that women’s rights and two decades of achievement are not traded off in the peace talks with the Taliban.”

Amnesty said that in the current peace talks, which began in September 2020, the 21-member Afghan government negotiation team included only four women, with no women represented in the Taliban delegation. In the March peace conference on Afghanistan in Moscow, only one woman was included in the 16-member government delegation.

“The significant under-representation and frequent side-lining of women throughout these talks is indicative of how far there is still to go. These negotiations will shape the future for women and girls in Afghanistan and their voices must be heard. The Afghan government must ensure inclusive and meaningful participation of women in the talks,” said Yamini Mishra.