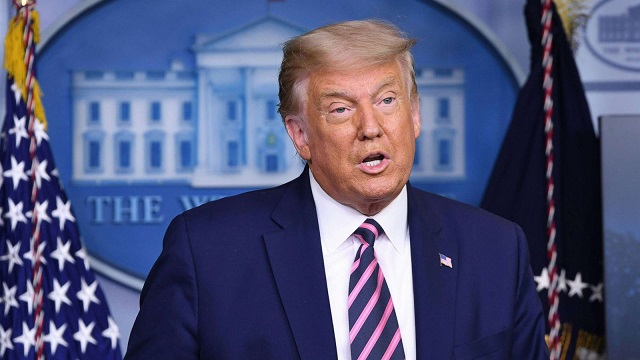 US President Donald Trump said on Thursday that the United States should fully withdraw its troops from Afghanistan by Christmas.

“We should have the small remaining number of our BRAVE Men and Women serving in Afghanistan home by Christmas!,” Trump tweeted.

Under Washington’s deal with the Taliban signed in February, US would withdraw all its troops from Afghanistan by May next year, conditions permitting.

The US reduced its forces to 8,600 following the deal and President Donald Trump and other officials have said that the US will go down to between 4,000 and 5,000 troops in Afghanistan around November.

Taliban spokesman Zabihullah Mujahid in a statement welcomed Trump’s tweet that US troops should leave Afghanistan by Christmas.

The statement said that the Taliban is committed to the Doha deal and hopes for good and positive relations with all countries including the United States.

Trump’s tweet comes a day after US National Security Adviser Robert O’Brien said that the US would reduce its troops in Afghanistan to 2,500 by early next year.

“When President Trump took office, there were over 10,000 American troops in Afghanistan. As of today there are under 5,000 and that will go to 2,500 by early next year,” O’Brien said at an event at the University of Nevada, Las Vegas on Wednesday.