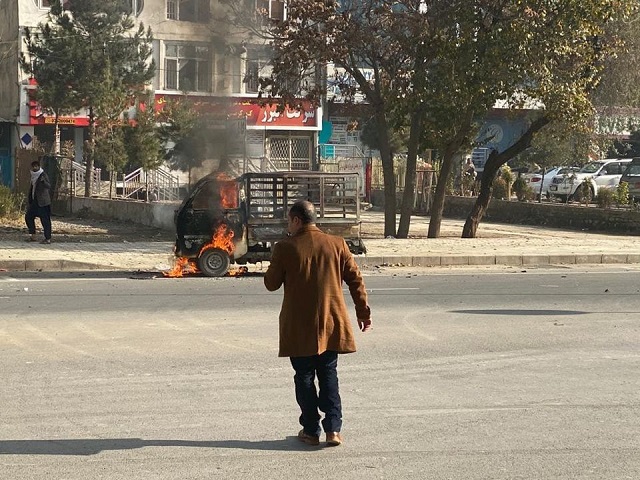 A truck in flames after rockets launched from it in Kabul, November 21, 2020.

The rockets were fired from two vehicles in Police District 4 of the city, the Interior Ministry said.

One of the rockets hit Iran’s embassy compound, the embassy said on Twitter, adding it caused no casualties.

There was no immediate claim of responsibility for the attack. Taliban denied involvement.