NEWS
Home AFGHANISTAN US decides to cut troop levels in Afghanistan to 2,500 by mid-January 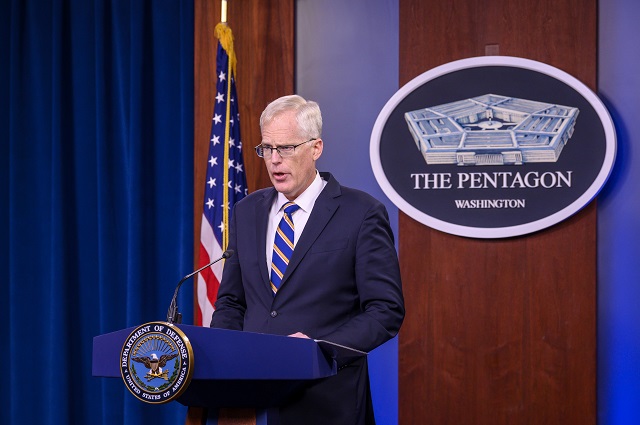 The United States on Tuesday announced plan to reduce the number of its troops in Afghanistan from 4,500 to 2,500 by mid-January.

“By Jan. 15, 2021, our forces, their size in Afghanistan, will be 2,500 troops. Our force size in Iraq will also be 2,500 by that same date,” US Acting Defense Secretary Christopher Miller told reporters.

“By May, it is President Trump’s hope that they will all come home safely, and in their entirety,” he added.

The May deadline part of a US-Taliban agreement signed in February.

The Pentagon announcement stops short of Trump’s pledge last month when he said a full withdrawal should happen by Christmas.

That threat had alarmed US military officials, US allies and lawmakers, who had fiercely opposed an abrupt, unilateral pullout.

The top Republican on the House of Representatives Armed Services Committee, Mac Thornberry, called the decision a “mistake.”

“Further reductions in Afghanistan will also undercut negotiations there; the Taliban has done nothing – met no condition – that would justify this cut,” Thornberry said.

The top Democrat on the committee, however, Representative Adam Smith, came out in support of the move – even as he cautioned that it needed to “be responsibly and carefully executed to ensure stability in the region.”

House Speaker Nancy Pelosi, the top Democrat in Congress, said it was concerning that Trump’s withdrawal was being carried out without close coordination with NATO and that a hasty withdrawal risks making Afghanistan a platform for terrorism once again.

Meanwhile, President Ghani spoke with the US Acting Defense Secretary Miller on the phone Tuesday.

Both sides talked about the peace process, strengthening mutual relations, and continued meaningful US military support to the Afghan Security and Defense Forces, Afghan presidency said.