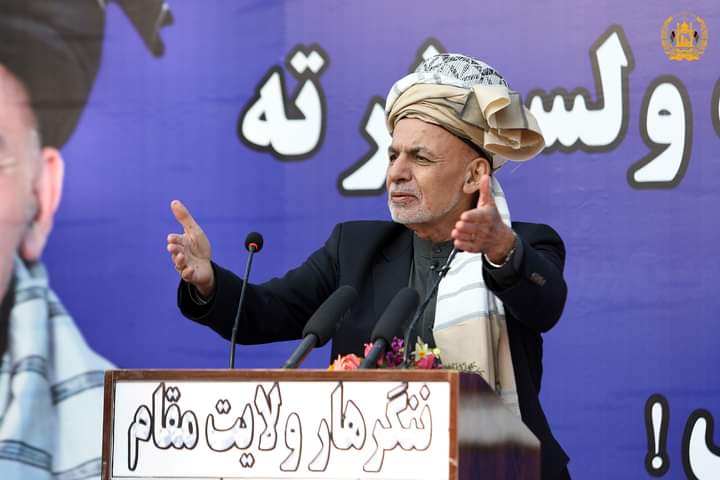 Afghan President Ashraf Ghani said on Thursday he will transfer power to his successor in accordance with the law.

“Will you accept interruption in governance, it is not about a person, it is about the system…republic is our joint investment,” Ghani said addressing a gathering in Jalalabad city.

Ghani said that they are ready to embrace the Taliban, but they should understand that today’s Afghanistan is not that of 1990s.

The remarks come as Afghan government and Taliban negotiating teams have returned to Qatar for second round of peace talks.

Earlier, Abdul Hafeez Mansoor, a member of the government negotiating team, said that the next round of peace talks will be about power sharing.