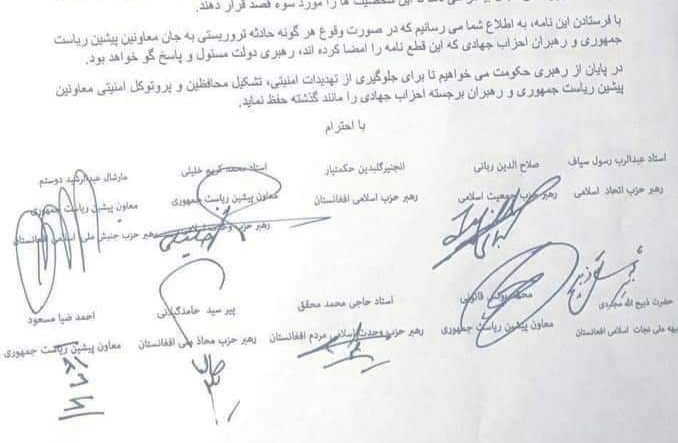 A number of senior Afghan political figures in a letter have accused the government of making them more vulnerable to attacks by deciding to reduce their guards.

They said that the government’s decision to reduce their guards were unwise and discriminatory as it would not cover those who are supporters of President Ashraf Ghani.

They said that the decision provides greater opportunity for militants to assassinate them.

They warned that the government will be responsible and be held to account if they are attacked.

Gulbduddin Hekmatyar and Abdu Rabur-Rasool Sayyaf’s names were also in the letter, but with no signature.