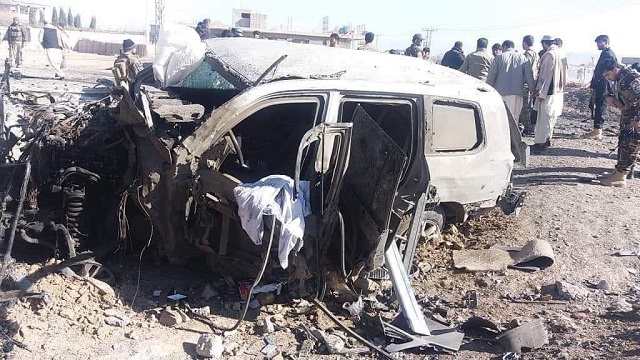 At least 30 people were killed when a car bomb struck a base of commando forces in Afghanistan’s central-eastern Ghazni province on Sunday, officials said.

Twenty-eight others were wounded in the blast which happened in the provincial capital, also Ghazni.

A separate car bomb killed one person and wounded 19 others in Zabul capital, Qalat.

The one who was killed in the blast was his guard. Those injured included also two of his guards.

The blasts come a day after Taliban announced finalization of procedure for the ongoing peace talks in Doha.