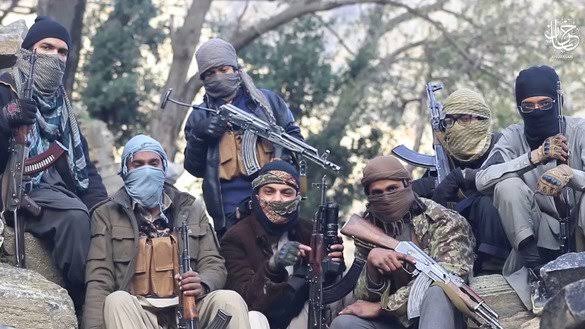 The COVID-19 pandemic has increased the threat from the Islamic State and al-Qaida in conflict areas including Afghanistan, Syria and Iraq, UN experts said in a new report.

The report to the UN Security Council said that the threat continued to rise in conflict zones in the last half of 2020 because “the pandemic inhibited forces of law and order more than terrorists” who were able to move and gather freely despite COVID-19 restrictions.

UN member states assess that as restrictions from the pandemic ease in various locations, “a rash of pre-planned attacks may occur,” according to the report.

“The economic and political toll of the pandemic, its aggravation of underlying drivers of violent extremism and its expected impact on counter-terrorism efforts are likely to increase the long-term threat everywhere,” the experts warned.

They said that Afghanistan remains the country “worst affected by terrorism in the world” and the situation “remains challenging.”

More than 600 Afghan civilians and 2,500 members of the country’s security forces have been killed in attacks since last Feb. 29 when US signed a peace deal with the Taliban, the experts said, and “terrorist activities and radical ideology continue to be a potential source of threats to the region and globally.”

The panel quoted unidentified UN member states as saying the current number of IS fighters has fallen to between 1,000 and 2,200.

While prospects of reviving its former offensive and holding territory “appear remote” IS has claimed responsibility for many recent high-profile attacks, it said.

“Al-Qaida assesses that its future in Afghanistan depends upon its close ties to the Taliban, as well as the success of Taliban military operations in the country,” the experts said, estimating the number of al-Qaida members and their affiliates in the country at between 200 and 500 spread across at least 11 provinces.

The panel said: “Afghanistan remains important to both ISIL and al-Qaida, and the peace process key to suppressing the long-term threat from both.”