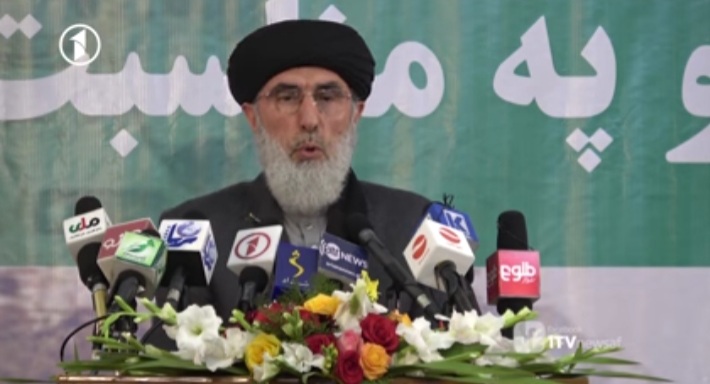 Hizb-i-Islami leader Gulbduddin Hekmatyar on Sunday warned that his followers will surround the presidential palace and force end of existing rule if the government doesn’t implement their deal.

Speaking in a ceremony to mark Soviet withdrawal from Afghanistan, Hekmatyar said that thousands of Hizb-i-Islami prisoners are still in government prisons and its supporters have not been given jobs and shelters promised.

He said that the government is treating Hizb-i-Islami the same way People’s Democratic Party of Afghanistan was treating it.

And as the new US administration is reviewing Washington’s deal with Taliban, Hekmatyar said that withdrawal from the deal would have no reasonable justification.

He said that the Taliban would neither accept US troops presence, nor its puppet government in Kabul beyond May. He said that Taliban are preparing for a new offensive.

President’s deputy spokesman, Dawa Khan Minapal, said that considering bitter experience of the past, people support the government and will not allow anyone to seize power or enter the palace by force.