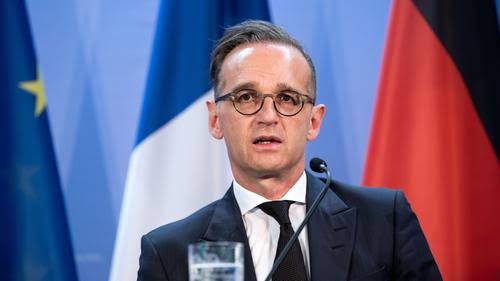 Germany’s Foreign Minister Heiko Maas has suggested that his country’s military mission in Afghanistan should be extended beyond its expiration in March.

Peace negotiations between the Afghan government and the Taliban will not be completed by then, Maas told the Funke Media Group newspapers.

“Therefore we must be prepared with a parliamentary mandate for various scenarios,” Maas said.

Germany has 1,300 troops in Afghanistan, as part of its role in the NATO Resolute Support mission, which is mandated to provide advice, training and support for Afghan forces.

Foreign troops are expected to withdraw from Afghanistan by May under a deal between the United States and the Taliban.

However, the US believes that the Taliban have not fulfilled their commitments and the deadline is likely to be postponed.

There is agreement “that we want to take this deployment to an end together as coalition partners in a responsible way that does not endanger the peace process,” he said.