NEWS
Home AFGHANISTAN Foreign troops to stay in Afghanistan beyond May deadline: Reuters 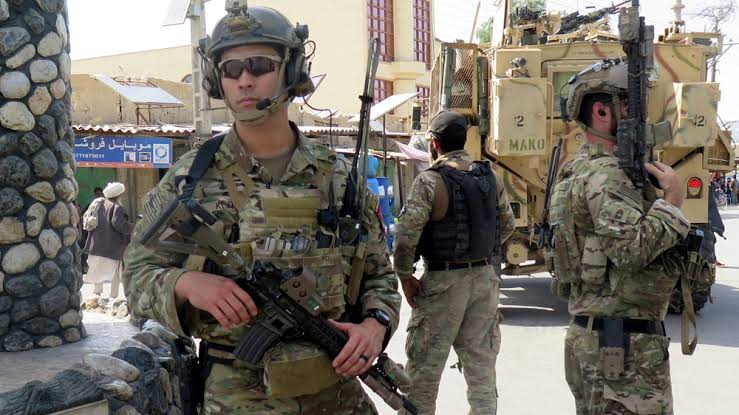 International troops plan to stay in Afghanistan beyond the May deadline envisaged by the Taliban’s deal with the United States, Reuters reported Sunday, citing NATO sources.

“There will be no full withdrawal by allies by April-end,” an unidentified NATO official was quoted by Reuters as saying.

“Conditions have not been met,” he said. “And with the new U.S. administration, there will be tweaks in the policy, the sense of hasty withdrawal which was prevalent will be addressed and we could see a much more calculated exit strategy.”

There are currently about 10,000 troops, including Americans, in Afghanistan, according to NATO.

“No NATO ally wants to stay in Afghanistan longer than necessary, but we have been clear that our presence remains conditions-based,” said NATO spokeswoman Oana Lungescu. “Allies continue to assess the overall situation and to consult on the way forward.”

She said that no decision has been made and NATO defence ministers will address Afghanistan at their meeting on February 17-18.

“NATO fully supports the Afghanistan peace process, in order to ensure that Afghanistan is no longer a safe haven for terrorists that would attack our homelands. We continue to call on all sides to seize this historic opportunity for peace. The Taliban must respect their commitments to cut ties with terrorist groups, to reduce violence, and to engage in meaningful negotiations. Taliban violence continues to undermine the peace process, and it must end,” she said.

The spokeswoman said that NATO’s mission remains unchanged. “We continue to support the Afghan security forces in their fight against terrorism and to secure their country.”

Afghan government and some foreign governments and agencies say the Taliban has failed to meet conditions due to escalated violence and a failure to cut ties with militant groups such as Al Qaeda, which the Taliban denies.

The administration of Joe Biden has launched a review of his predecessor Donald Trump’s deal with Taliban.

Reuters reported that the Taliban have become increasingly concerned in recent weeks about the possibility that Washington might change aspects of the agreement and keep troops in the country beyond May.

“We conveyed our apprehensions, but they assured us of honouring and acting on the Doha accord. What’s going on, on the ground in Afghanistan, is showing something else. And that’s why we decided to send our delegations to take our allies into confidence,” said a Taliban leader in Doha.

A Taliban delegation this week visited Iran and Russia, and the leader said they were contacting China.