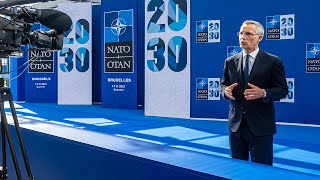 NATO is planning to provide support for Kabul airport, chief of the alliance said on Monday.

Stoltenberg, who was addressing reporters ahead of NATO summit, said that NATO Allies including US and Turkey are in direct dialogue on how to make sure that “we can maintain an international airport in Kabul.”

“This is of course important for NATO Allies, but it’s also important for the whole international community for diplomatic presence, and also for continued development aid,” Stoltenberg said.

Foreign troops are scheduled to fully withdraw from Afghanistan by September 11.