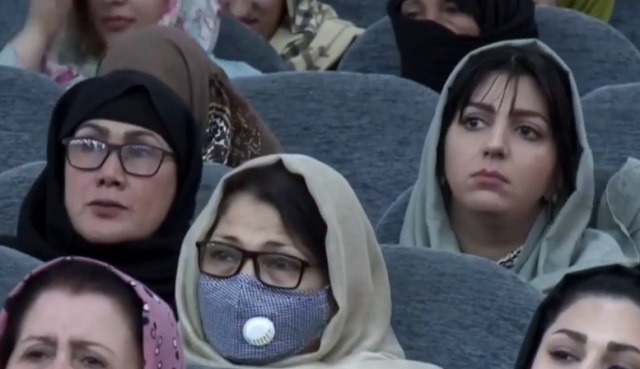 Afghan women call ceasefire and protection of gains amid peace talks between the government and the Taliban in Doha.

A resolution following a national campaign under the slogan “Voice of Afghan Women in Defense of the Islamic Republic of Afghanistan,” said that during the last four decades of war in the country, Afghan women have suffered a lot in social, economic, political and cultural spheres.

It said that citizenship rights must be respected and the achievements made in the last two decades of all citizens especially women should be preserved.

“We, the Afghan women consider the preservation of the country’s constitution as a national obligation, in order to guarantee our civil and political rights in peace negotiations,” according to the resolution.

The resolution also called on religious scholars to work for the promotion of peace culture, preservation of national, religious values and identities to strengthen national unity, mutual acceptance and conflict resolution.