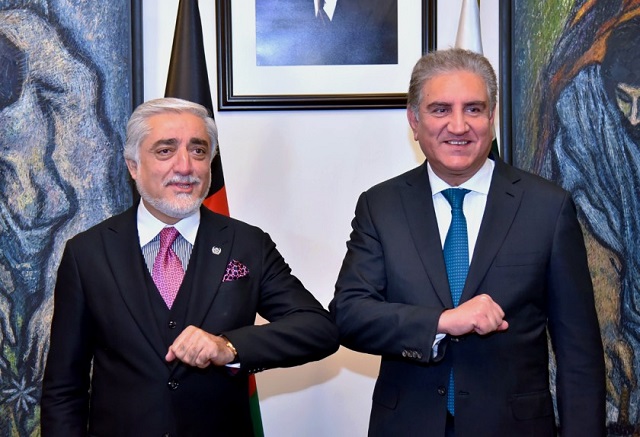 Head of Afghanistan’s High Council for National Reconciliation, Abdullah Abdullah, has asked Pakistan to encourage the Taliban to show flexibility in peace talks.

Speaking in an interview with The Print during his visit to India, Abdullah said that the progress in peace talks has been slow since they began few weeks ago.

“Taliban have not shown flexibility which was expected from them, but we are not disappointed, we continue, the contacts continue on daily basis,” Abdullah said.

He said that dispute over use of Hanafi school of thought in negotiations has been resolved, but Taliban’s insistence on setting their deal with US as the basis of talks and their refusal to reduce violence remain to be addressed.

According to Abdullah said that Pakistan has influence over the Taliban and it should encourage the group to be flexible. He said that no country will be harmed if Afghanistan is peaceful.

Asked about US President Donald Trump’s tweet that all American troops should be out of Afghanistan by the end of this year, ahead of schedule agreed in the deal with the Taliban, Abdullah said that he was not aware of details of what has been issued.