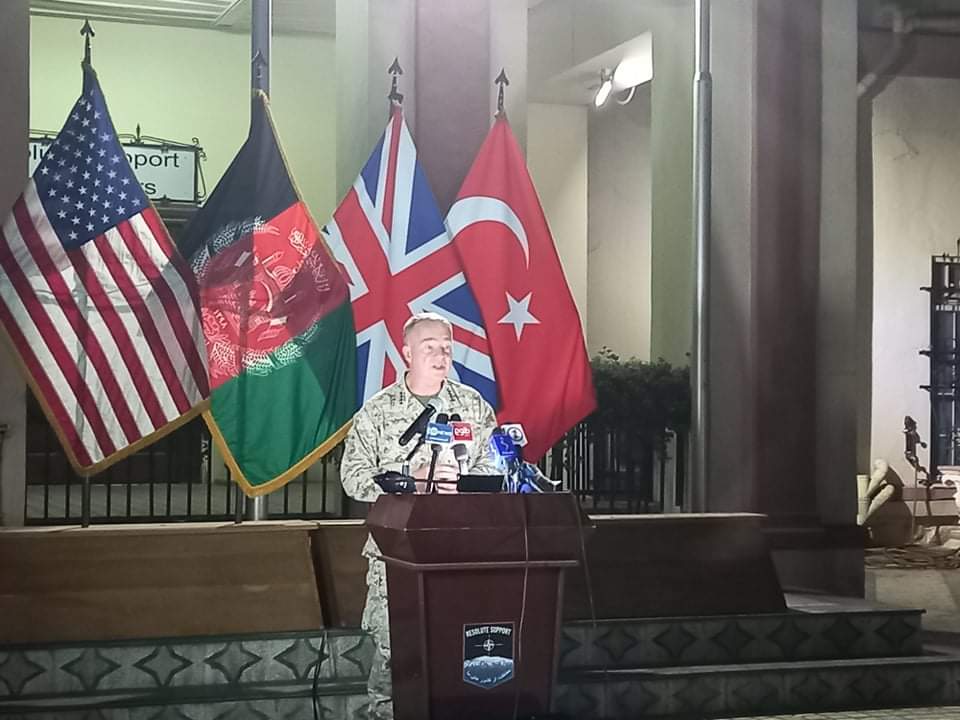 The United States will continue to carry out airstrikes to support Afghan forces facing attack from the Taliban, a top US general said on Sunday.

The Taliban has escalated its offensive, capturing dozens of districts, after US President Joe Biden in April announced plan to withdraw American troops from Afghanistan by September.

“The United States has increased airstrikes in support of Afghan forces over the last several days and we’re prepared to continue this heightened level of support in the coming weeks if the Taliban continue their attacks,” General Kenneth “Frank” McKenzie, the head of US Central Command, said in a news conference in Kabul.

He declined to say whether the airstrikes will continue after August 31 when US military mission is expected to end.

The general suggested that the Taliban will step up their offensive.

“The government of Afghanistan faces a stern test in the days ahead … The Taliban are attempting to create a sense of inevitability about their campaign,” he said.

But he said a Taliban victory was not inevitable and a political solution remained a possibility.

Intra-Afghan peace started in Doha in September last year, but there has been little progress.

The Taliban have captured dozens of districts in recent months and are increasing pressure on provincial capitals.

US Defense Secretary Lloyd Austin said on Saturday that the Afghan forces need to slow Taliban advance before attempting to retake lost territories.

McKenzie said there would likely be a rise in violence after a lull over Eid holiday and said the Taliban could focus on populated urban centres.

“They are going to have to deal with the cities if they want to try and claw their way back into power” he said. “I don’t think it’s a foregone conclusion that they are going to be able to capture these urban areas.”