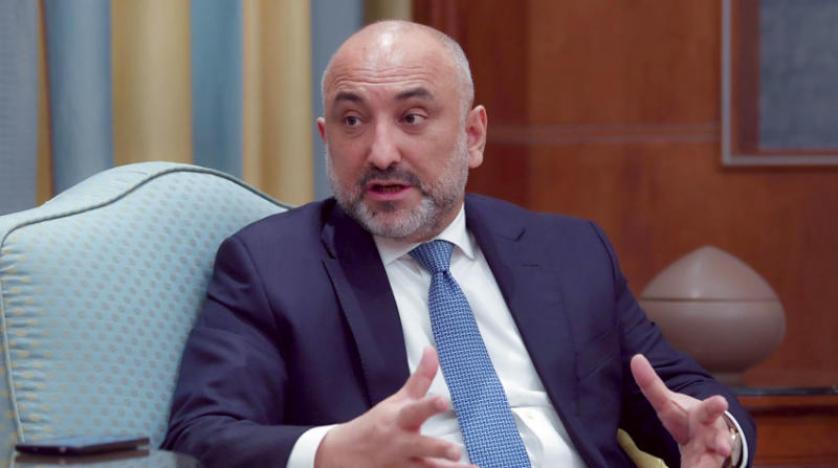 Ceasefire would clear the Taliban from responsibility for recent violence levels in Afghanistan, the country’s Foreign Minister Haneef Atmar has said.

“The Afghan government sees that a ceasefire agreement would serve as the best evidence on the Taliban not seeking violence and that they are not responsible for the current level of violence in the country,” Atmar said in an interview with Asharq Al-Awsat during his visit to Saudi Arabia.

Atmar said that the Afghan government has met all the demands made by the Taliban and it was the group’s turn to comply with its obligations and prove its good intentions.

“We have released over 6,000 detainees and met all the demands made by the Taliban,” he said.

“Now the Taliban must prove to the Afghan people and the international community that they are fulfilling the promises and obligations they signed,” he added.

He hoped for regional and international support to underpin Afghan negotiations, noting that holding the talks alone is not enough to overcome the difficulties lying in the path of achieving desired goals.

Atmar emphasized that Afghanistan does not want to be involved in regional conflict, and highlighted the significance of the support the South Asian country receives from the Muslim World League.