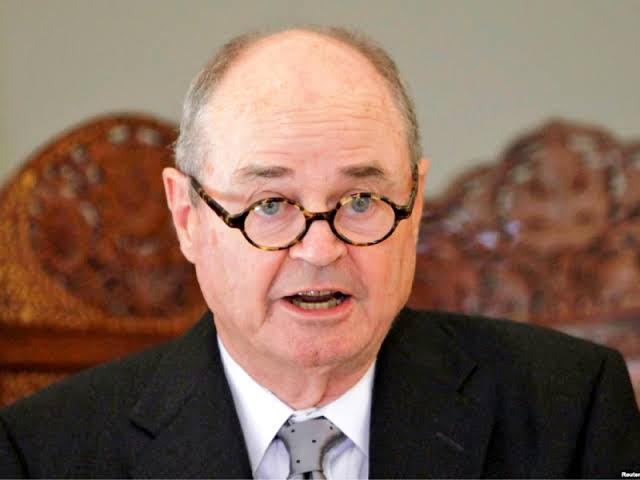 Peace in Afghanistan is not simply a matter of allocating provinces and ministries among the various government and Taliban factions, former US special envoy James Dobbins has said.

In a commentary published by RAND Corporation, the American policy research institute, Dobbins who is a senior fellow of the institute, said that peace requires accommodations between modernity and fundamentalism, between governance based on popular sovereignty and on divine inspiration, and most of all it requires agreed means of forging two warring armies into a unified national security establishment.

He said that given the looming May deadline for full withdrawal of US troops, there is a temptation to postpone addressing the many issues which separate the two sides and move instead to the divvying up of portfolios for an interim coalition government including Taliban participants.

“This would require jettisoning the existing constitution without agreement on another, overturning an election without holding another and sharing with the Taliban control of the Afghan national armed forces while leaving Taliban forces at large,” Dobbins said “Such an interim government would be highly prone to collapse under the weight of its many unresolved differences.”

The Taliban would likely emerge intact, but the other factions would have a harder time reestablishing the national government they had dismantled, he said. “Major components of the Afghan National Army, police and intelligence service could begin transferring their allegiance to regional warlords and ethnically based factions. Conflict could become multisided with the Taliban emerging ascendant.”

He said that if the Biden administration agrees with the Afghanistan Study Group’s recommendation to postpone the May US withdrawal, this could provide the two Afghan sides more time to address the core issues that must be resolved if any settlement is to stick.

These issues include modifications to the current constitutional order, arrangements to monitor and enforce a permanent cease fire, procedures to amalgamate the two opposing armies, and provisions to reintegrate former fighters back into civilian life, according to Dobbins.