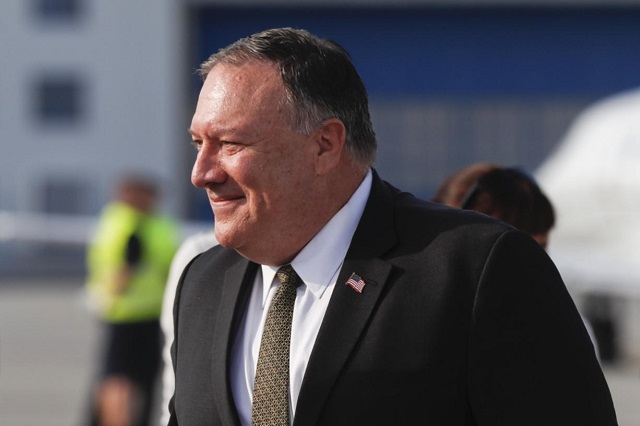 US Secretary of State Mike Pompeo

US Secretary of State Mike Pompeo will meet with negotiators from the Afghan government and the Taliban in Qatar on Saturday.

According to the US State Department, Pompeo will meet separately with the Afghan government and Taliban negotiation teams, AFP reported.

Pompeo will also see Qatar’s ruler, Emir Sheikh Tamim bin Hamad Al-Thani, and the foreign minister on his stop in the capital Doha, according to the State Department’s public schedule.

This comes as Pentagon this week said that it would reduce the number of US troops in Afghanistan from 4,500 to 2,500 by mid-January, the time when outgoing President Donald Trump leaves office.

The intra-Afghan peace talks started on September 12 in Doha, but stalled over disagreements about rules and procedures for the negotiations.

Sources told 1TV on Thursday that the sides had finalized the procedure.