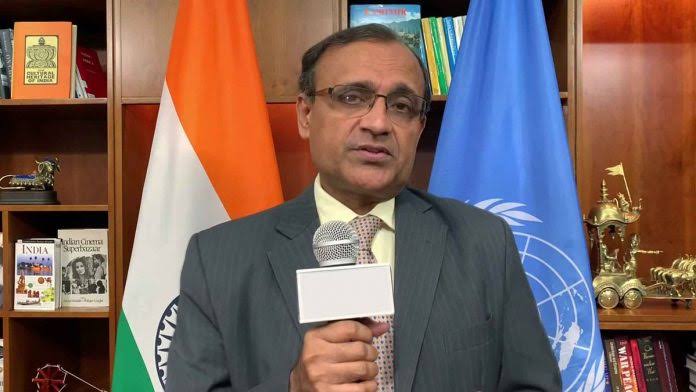 India has said that terrorist groups enjoying safe havens in Pakistan have disrupted the peace process in Afghanistan.

“It is essential that we don’t lose sight of the ease with which the proscribed Haqqani Network and its supporters, especially the Pakistani authorities, have worked along with prominent terrorist organizations like Al-Qaida, ISIL K, Tehrik-Taliban Pakistan, etc. in South Asia, said India’s Permanent Representative to the United Nations TS Tirumurti while speaking at the Security Council Briefing on ‘Threats to International Peace and Security Caused by Terrorist Acts’ on Tuesday.

He added that the UN Secretary General’s report on ISIL should also cover activities of the proscribed terrorist entities under ISIL and Al Qaida Sanctions regime like Lashkar-e-Taiba and other Pakistan based terror groups like Jaish-e-Mohammad and “frontal organizations that raise funds for their activities.”

“The world is fully aware that these groups also perpetrate terrorist activities from safe havens in Pakistan, including through violent attacks in Afghanistan that have disrupted the peace process,” he said.

The envoy said that terror groups were relocating to Afghanistan especially in Kunar and Nangarhar provinces, across the Durand Line.