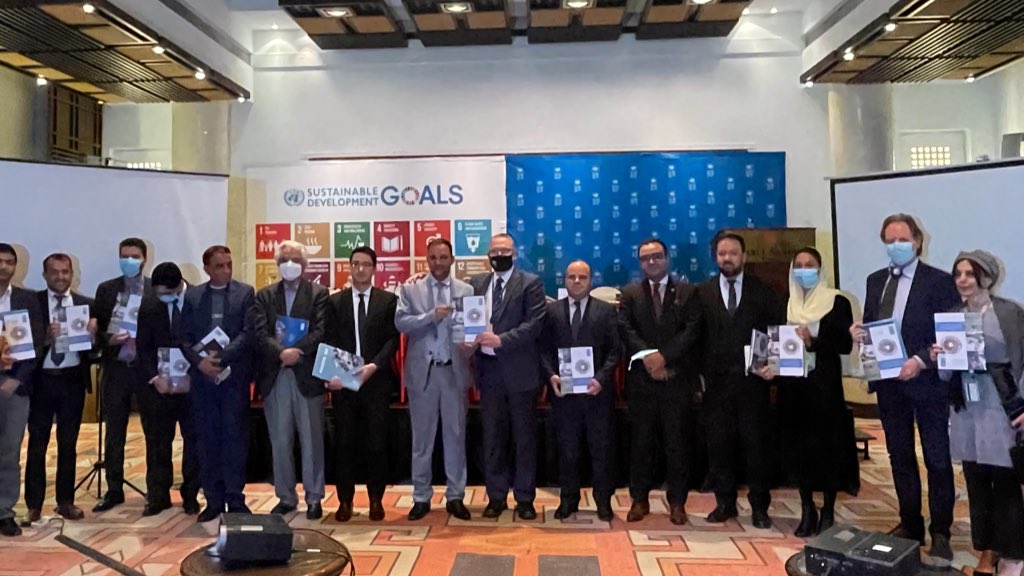 Afghanistan’s GDP will increase by 7 percent if peace is achieved and observed for the next four years, according to a UN Development Programme (UNDP) report released on Tuesday.

This will also increase the government’s revenues and ability to fund aspirational development and social programs. However, governance needs to improve and corruption to be addressed head on, otherwise things will not change for better, the report said.

“Afghanistan can grow and move from the least developing country to a middle-income country if there is peace and the country’s untapped natural resources are utilized effectively,” said UNDP’s representative in Afghanistan Abdallah Dardari during the launch of the report.

According to the report, combined with lack of progress towards peace and governance, the relatively fast population growth compared to low economic growth in the last decade has resulted in declining per capita incomes and increasing poverty.

The report estimates that, while the economy may recover its pre-pandemic level in the next two-three years, per capita incomes may still be lower by nearly 10 percent in 2024 compared to 2019. Poverty rate may rise to up to 70 percent and number of those who would need humanitarian assistance may reach 18 million by the end of 2021.

The report also estimates that improvements in the business environment and the investment climate, easing access to credit, reductions in trade costs, agricultural improvements and strengthening governance, if pursued individually, each can add between 1.5 and 2.5 percentage points to the economic growth rate.  However, if these policies are pursued in tandem, GDP could increase by more than 40 percent by 2030 compared to the business-as-usual scenario.

“The road ahead will not be smooth. The international experience on fragile states suggests that peace may come, but conflict may not go. Low-income countries have a high probability of reverting to conflict within five-to-ten years until they reach a level of per capita income of at least $5,000. To reach that level the economy of Afghanistan would need to grow annually at a steady rate of 8 percent for the next two decades,” UNDP said.

Afghanistan has achieved only 38 percent of the progress required towards all Sustainable Development Goals, the report said.