NEWS
Home AFGHANISTAN Over 50 districts in Afghanistan fell since beginning of May: UN envoy 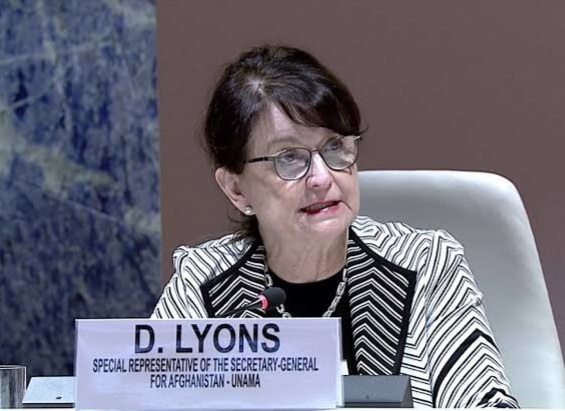 More than 50 of Afghanistan’s 370 districts have fallen since the beginning of May, UN envoy said on Tuesday.

“Most districts that have been taken surround provincial capitals, suggesting that the Taliban are positioning themselves to try and take these capitals once foreign forces are fully withdrawn,” envoy Deborah Lyons told UN Security Council.

She said that the Taliban’s intensive military campaig would lead to increased and prolonged violence that would extend the suffering of the Afghan people and threaten to destroy much of what has been built and hard won in the past 20 years.

“It should be emphatically clear that any efforts to install a militarily imposed government in Kabul would go against the will of the Afghan people, and against the stated positions of the regional countries and the broader international community,” she said.

The envoy also said that there is lack of political unity among Afghanistan’s political elite.

“While some of the shortcomings in Government are part of a legacy of putting politics above governance, the lack of unity must be addressed or risks contributing to further Taliban territorial advance,” she said.

Lyons warned that increased conflict in Afghanistan means increased insecurity for
“many other countries, near and far.”

“Regional countries have an important role to play in helping Afghanistan to stabilize and integrate more fully into the region,” she said.

“The tragic history of conflict need not repeat itself —but left to its own and our inertia it just might,” she said.

Hundreds of foreign troops to stay on in Afghanistan to prevent Kabul’s collapse: report