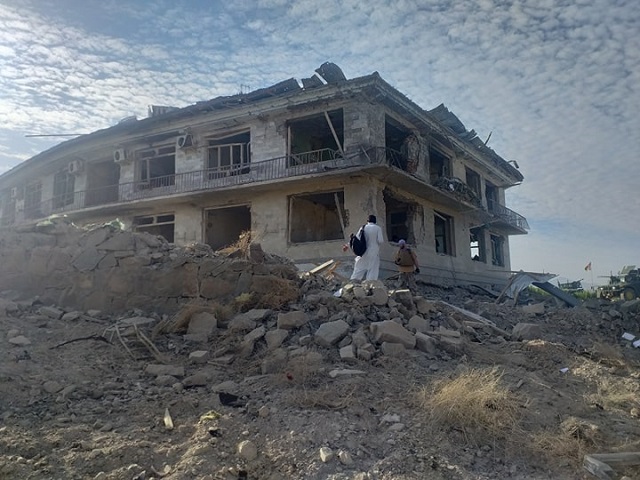 Aftermath of an attack in Paktia province, September 2020.

Average daily attacks by militants increased 50 percent in Afghanistan in the three months between July and September, compared to last quarter, a US watchdog has said.

Citing US military data, the latest quarterly report by the US Special Inspector General for Afghanistan Reconstruction (SIGAR) said that militant attacks were also “above seasonal norms.”

Casualties among both civilians and security forces this quarter increased compared to last quarter, the report said.

During the period, a total of 876 civilians were killed while 1,685 others were wounded, a 43 percent increase compared to last quarter, the report said citing Resolute Support.

“Though casualties are typically high in the third quarter of any year, this quarter’s high figures are notable because they occurred during an ongoing peace process and despite Taliban commitments to reduce violence,” the report said.

RS attributed about 83 percent of this quarter’s civilian casualties to anti-government forces, with Taliban responsible for 38 percent, the report said.