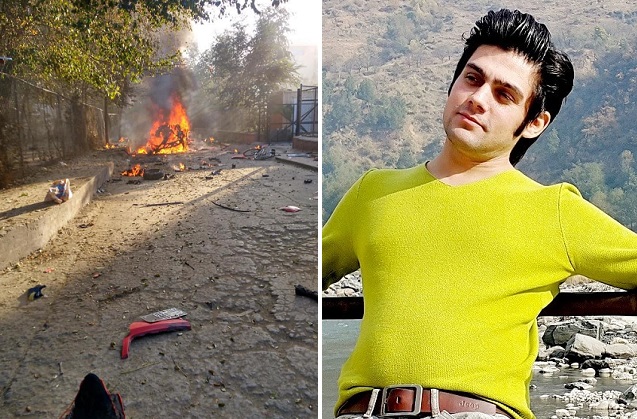 Yama Siawash (R) and scene of bombing that killed him in Kabul, November 7, 2020.

Yama Siawash, a former television presenter, was among three people who were killed in a bombing in Afghan capital Kabul on Saturday.

The blast happened around 7:45 a.m. in Macroryan Chahar area, PD 9, of the city.

The explosion was triggered by a magnetic bomb that hit a Corolla type car.