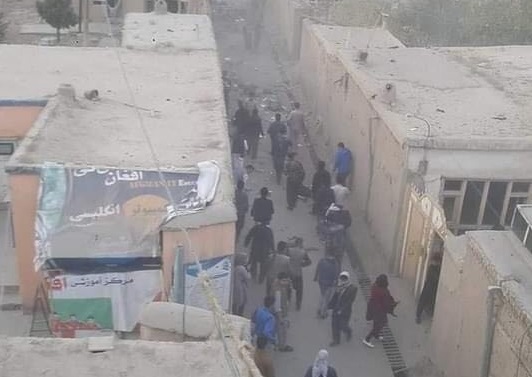 At least 10 people were killed when an explosion went off near an educational center in Afghan capital Kabul on Saturday, officials said.

Twenty others were wounded in the blast which happened near Kawsar-e-Danish educational center in Dasht-i-Barchi area in the west of the city around 4:30 p.m.

The blast was caused by a suicide bomber on foot who blew himself up after being detected by the center’s guards, said Tariq Aryan, a spokesman for the Interior Ministry.

There was no immediate claim of responsibility for the blast. Taliban denied involvement.