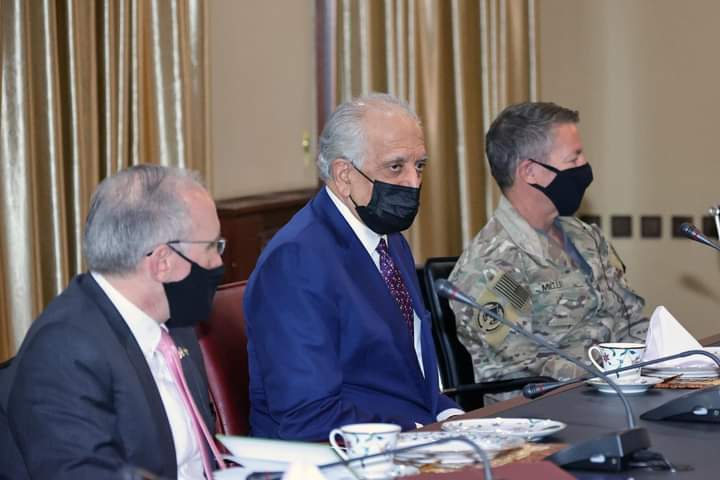 US Special Representative for Afghanistan Reconciliation Zalmay Khalilzad has discussed the possibility of forming a transitional government in his talks with Afghan politicians during ongoing visit to Kabul, a senior US State Department official said on Wednesday.

Khalilzad has also discussed the possibility of mediation in intra-Afghan peace talks to speed up process, the official said.

US also wants the United Nations to play a greater role in Afghan peace process including by appointing a special envoy.

It also expects UN to hold a high-level meeting, including Pakistan and Iran, to encourage acceleration of Afghan peace process.

Khalilzad is expected to travel to Doha to meet Taliban leaders and would possibly return to Kabul.

Khalilzad’s visit comes two months before US troops are expected to fully withdraw from Afghanistan as per the deal.

Acceleration of Afghan peace process leading to ceasefire and political agreement has been the result of a Joe Biden administration’s review of the agreement, according to the US official.