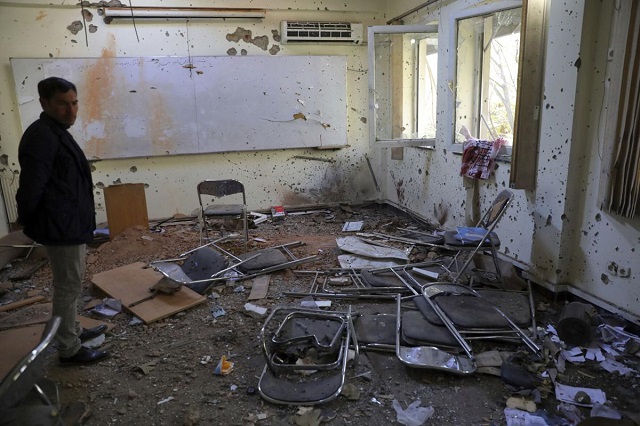 Aftermath of attack on Kabul University

A total of 13 police officers have been arrested and referred for prosecution over ‘negligence’ following a deadly attack on Kabul University, officials said on Wednesday.

Those arrested include chief of the city’s PD 3 where the university is located, its crime in-charge and head of police’s university platoon.

On Monday, gunmen stormed the university, killing at least at least 22 people were killed and wounding dozens more.

The university reopened on Wednesday.

“The atmosphere is not like before, we don’t have the happiness we had before, some of our friends have not come out of fear,” a student told 1TV.

“When we call our friends, they cry,” another student said.

The Islamic State militant group has claimed responsibility for the attack, but the government blames the Taliban, although it denies.

Tariq Aryan, a spokesman for Interior Ministry, said that the attack was orchestrated by Haqqani network.