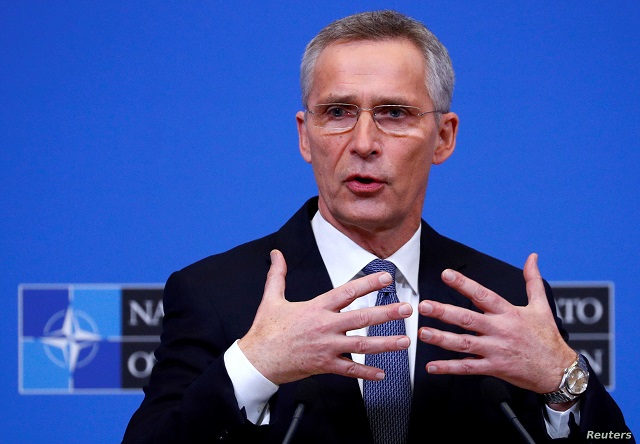 The next months are decisive for Afghanistan, NATO Secretary-General Jens Stoltenberg said on Friday.

The remarks come as intra-Afghan peace negotiations are ongoing in Qatari capital Doha as US is withdrawing its troops from the country.

“The negotiations in Doha are fragile, but they are best chance for peace in a generation,” Stoltenberg said at a virtual press conference following NATO’s defense ministerial meeting. “All Afghans should seize this historic opportunity.”

Stoltenberg said that the Taliban must reduce the “unacceptable” levels of violence to pave the way for ceasefire. They must break all ties with al Qaeda and other terrorist groups so that Afghanistan never again serves as a platform for terrorist attacks in NATO countries, he said.

Stoltenberg also emphasized on the importance of preserving the gains made over the last two decades.

He said that NATO has 12,000 troops in Afghanistan and its presence is conditions-based.

“I think it is clear that we will face a dilemma in the coming months, because we can either decide to leave Afghanistan and then risk to see that the gains we have made will be lost and that Afghanistan again, can become a safe haven for international terrorists, or we can decide to stay, but then, of course, risk to continue a long-term commitment in Afghanistan and also continue to face intensified fighting with Taliban,” Stoltenberg said.