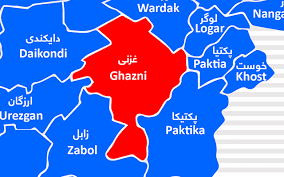 At least nine civilians were killed when a roadside bomb exploded in Afghanistan’s central-eastern Ghazni province on Saturday, police said.

The incident involving a van happened on Highway 1 in Kotal-e Rawzai in the provincial capital, also Ghazni, said Ahmad Khan Sirat, a spokesman for provincial police.

Three women were among those killed, he said.

A second bomb injured two policemen who were heading to the site of the blast to shift the victims, the official said.