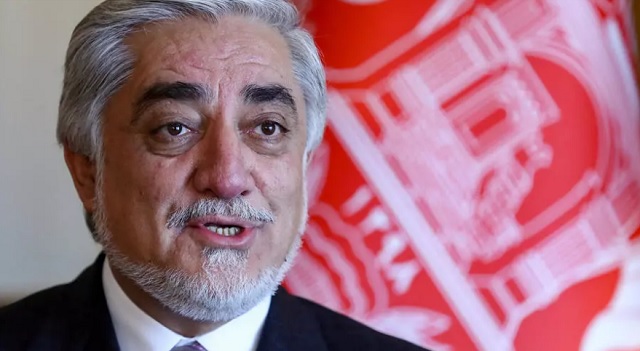 Afghan government and the Taliban are “very close” to breaking a stalemate in peace talks, chairman of Afghanistan’s High Council for National Reconciliation Abdullah Abdullah said on Saturday.

“We haven’t moved towards discussion of the main substance of negotiations, the main agenda,” Abdullah said in an interview with AFP during a visit to Turkey.

He added: “We are close, we are very close. Hopefully we pass this phase and get to the substantial issues” including security.

Abdullah’s remarks come two days after sources told 1TV that the sides had finalized the procedure for the negotiations.

Abdullah also said US troops should withdraw from Afghanistan “When the conditions are met.”

Recently, President Donald Trump’s administration announced plan to reduce US troops in Afghanistan from 4,500 to 2,500 by mid-January.

“Of course we would have preferred it differently,” Abdullah said, warning the move would have “some impact”.

“My message to the next administration will be to see the conditions because those troops are there for a reason. They’re there to help in the fight against terrorism, and are also supporting Afghan institutions,” Abdullah said.

“If a complete comprehensive ceasefire is not possible, moving towards a humanitarian ceasefire, or a significant reduction in violence so the people can see and feel like there is a change” could be options, Abdullah said.

“Our delegation has been advised to be flexible.”

Abdullah warned that the increasing violence was “damaging the trust of the people over the process and the government will not be immune from that impact”.

Meanwhile, US Secretary of State Mike Pompeo met with negotiation teams of the Afghan government and the Taliban in Qatar.

Pompeo commended both sides for continuing to negotiate and for the progress they have made, according to the US State Department.

He called for a significant reduction in violence and encouraged expedited discussions on a political roadmap and a permanent and comprehensive ceasefire.