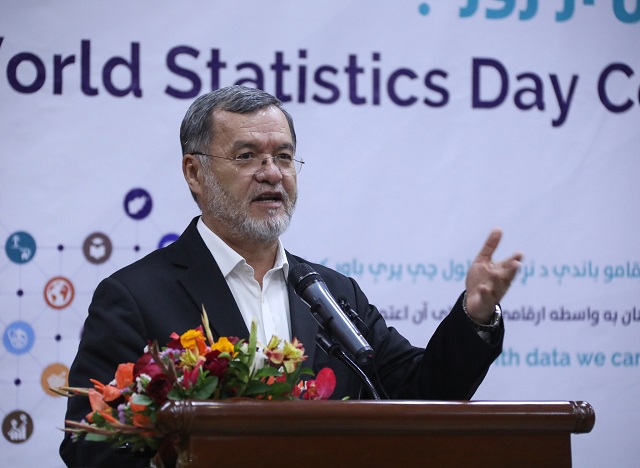 Speaking at an event to mark World Statistics Day, Danish said that the National Statistics and Information Authority should be free and impartial in announcing data and should not come under political pressure.

“We should not worry about real data,” Danish said. “Real figures and data increases trust and makes people and governments more realistic and committed.”

Danish said that data that are announced by the statistics authority of Afghanistan differ from those from international organizations including the World Bank, IMF and the United Nations, which would usually call them unreliable.

He said that there are also major differences in data from different Afghan institutions.

It comes even as more than 70 lawmakers have signed a petition to stop distribution of the ID cards until the population registration law is amended to remove both nationality and ethnic group sections from the cards.

Danish suggested that the cards in its existing form were according to the Constitution.