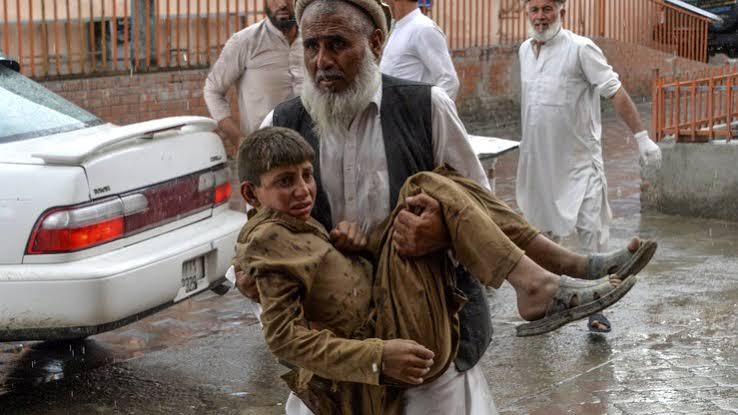 Civilian casualties in Afghanistan increased by 47 percent in the first half of 2021, the United Nations said in a report released Monday.

Anti-Government Elements (AGEs) were responsible for 64 percent of the total civilian casualties: 39 percent by Taliban, nearly nine per cent by Islamic State-Khorasan Province (ISIL-KP), and 16 percent by undetermined AGEs.

“I implore the Taliban and Afghan leaders to take heed of the conflict’s grim and chilling trajectory and its devastating impact on civilians. The report provides a clear warning that unprecedented numbers of Afghan civilians will perish and be maimed this year if the increasing violence is not stemmed,” said Deborah Lyons, the Secretary-General’s Special Representative for Afghanistan.

The envoy called on the Taliban and Afghan leaders to “intensify your efforts at the negotiating table, stop the Afghan against Afghan fighting. Protect the Afghan people and give them hope for a better future.”

UNAMA attributed 11 percent of all civilian casualties to crossfire during ground engagements where the exact party responsible could not be determined and other incident types, including unattributable unexploded ordnance/explosive remnants of war.

The leading causes of civilian casualties in the first half of 2021 were the extensive use of improvised explosive devices (IEDs) by AGEs, ground engagements between parties, targeted killings by AGEs, and air strikes by the Afghan Air Force

The UN report also highlighted that 20 incidents targeted Shi’a/Hazara during the period, resulting in 500 civilian casualties (143 killed and 357 injured).